Here’s a sneak peek into the current state of my playlist. Music, mostly from the 80s and 90s, some news, food, and cooking, but there are also topics like “how to cope with aging,” “brain foods,” and “all things that keep middle-aged people safe and sane.”

My overall perceptions of life have also changed. Things that used to excite me no longer do their jobs. I found myself caring much less about new trends, new restaurants, new edible inventions, or things that make headlines. Instead, I am more drawn to old-time grandeur, things that have survived the test of time. Things that always keep me wondering: how did they do it during their time? What’s their story? And so on.

I’ve also found myself making multiple trips to Ayutthaya lately. The ancient capital is only about an hour’s drive from our place, and it’s where I can still get some fresh air, with big skies crowded in some places with soaring and roaming Asian storks.

Visiting and appreciating temples and old places is a new passion for me. Growing up with the perennial scorching sun as a staple, I dreaded going to temples and all the outdoor places where I was required to button up properly in sleeved attire while my shoes had to come off multiple times. Even now, just thinking about those days makes me feel like I’m having a heat stroke.

“This Prang of Wat Ratchaburana is famous because when it was looted for the buried gems and gold back in 1956, the thieves were reported to have lost their minds into a perpetual lunatic state before meeting their miserable deaths because of their unforgivable sin.”

But suddenly, although unbeknownst to me at the time, things changed. I now see all these places with a new eye. I found beauty in those national treasures, and I couldn’t get enough of them. I go back and look for their secrets. I tried to get the whole story. I read more about the places. I kind of find the past much more pleasant than the present. And I absolutely don’t mind seeing more of the fading walls and cracked tiles wherever I go.

Following the trail of a friend who posted about this modern-looking arrangement of Thai dessert, we drove to Ayutthaya one day not too long ago. The weather was still nice and cool, and our mission was to eat the dessert and cross the street to the famous Prang of Wat Ratchaburana, another iconic temple of the ancient capital.

Above: A modern form of Thai dessert at Home Klin Cafe just opposite Wat Ratchaburana in Ayutthaya.

This Prang of Wat Ratchaburana is famous because when it was looted for the buried gems and gold back in 1956, the thieves were reported to have lost their minds into a perpetual lunatic state before meeting their miserable deaths because of their unforgivable sin. Parts of the looted and recovered treasures are now on display at the Chao Sam Phraya National Museum. 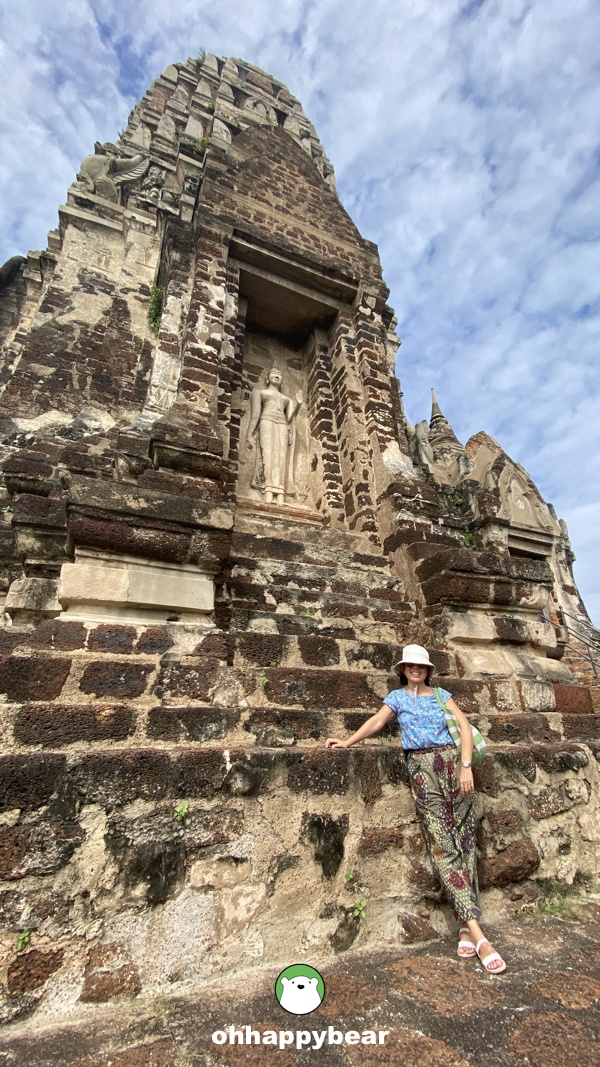 Above: Me on top of the famous Prang

The Prang might not look that high from the ground. But for a person with a serious case of acrophobia, it was enough to give my palms some sweat. We also went down to the underground chamber of the Prang, where the treasures were hidden back in the day. It was just stunning. 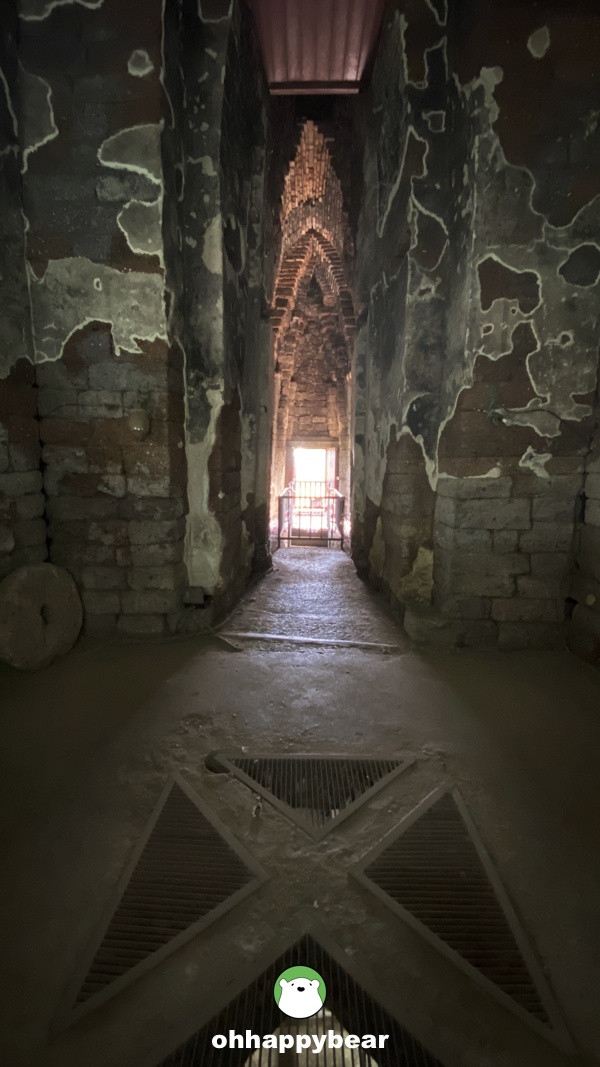 Above: Inside the crypt of the Prang where the vibes are pretty Star-Warish to me with the vents and all. This temple was built during the early Ayutthaya Period in 1424.

A bit about Wat Ratchaburana. The temple was built during the era of King Borom Rajathirat II, or Chao Sam Phraya, in 1424 as a memorial ground for his father, King Phra Nakharintharathiraj, and his two elder brothers, who fought for the throne when their father passed on their way back to Ayutthaya. All the treasures buried here were from their era, and the King wanted to bury all the sad part of his family in this temple. 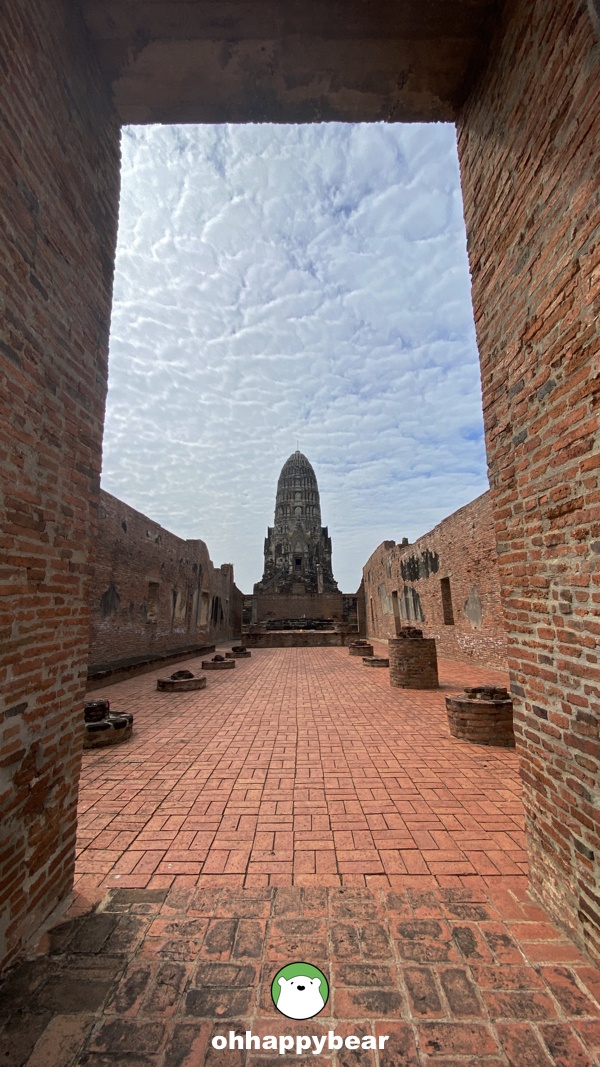 Above: The clouds were real. No filters were added. 😀

As an icon of the early Ayutthaya Period, Wat Rachaburana’s main Prang is the presiding element of this sacred ground, located just behind the image hall, or the Wiharn. There’s a smaller ordination hall just behind it. All other elements of this temple, from the decorative and architectural artifacts and ornaments, including the fading murals inside the underground crypt, reflected the grandeur of the era.

A Day Along Bangkok’s Rivers, on an Electric Boat | ล่องเรือไฟฟ้าเที่ยวคลองเล็กคลองน้อยในกรุงเทพฯ