I often see the trails of food migrations. Noodles in various forms and shapes that comfort people in Asia are obviously linked to those pasta and all the egg-and-wheat-based noodles in Europe and other places. Rice is another good example. We eat it every day here in Thailand, but then it is also a staple in India, Vietnam, and many other places in and outside Asia. 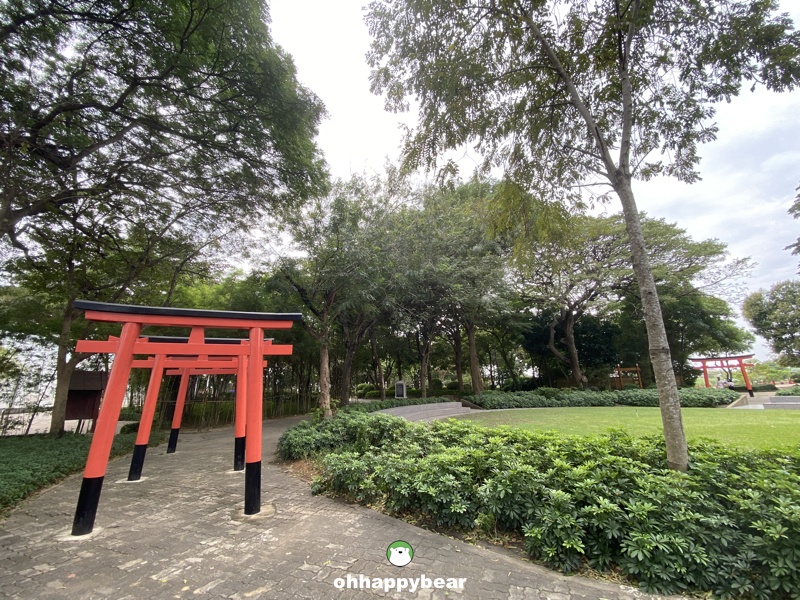 Above: On the grounds of the Japanese Village (Bt50 entrance fee, but so worth it) are Japanese-style landscapes adorned with torii and rock garden.

But nothing prepared me for the similarity of the African-American soul food I tasted a while back. Certain dishes, such as their Southern Collard Greens and crispy-top cornbread, are quite similar to the Thai dishes I grew up eating. The Southern collard greens, for example, are almost identical to the stew of leftover vegetables we call Chap Chai (จับฉ่าย). And their cornbread is so much like the crusty-top coconut cake that we know as Babin (บ้าบิ่น). You can read more about this experience in my previous blog post here.

In Ayutthaya, I found their ancient expat communities so vivacious, even in their ruins, since the period of the late 1400s, when the first batches of Portuguese came. Their San Petro Church and graveyards now bear witness to those who crossed the oceans to this country, to trade, and, of course, expand their religious missions. The story of the Portuguese settlement here also gave us the starting point for one of our much-celebrated desserts. History nerds, if you are one, might have read somewhere that the auspicious Thai golden desserts, those made from luscious egg yolks, were first introduced here in Ayutthaya, although quite late in the era, during the reign of King Narai in about the mid-1600s. 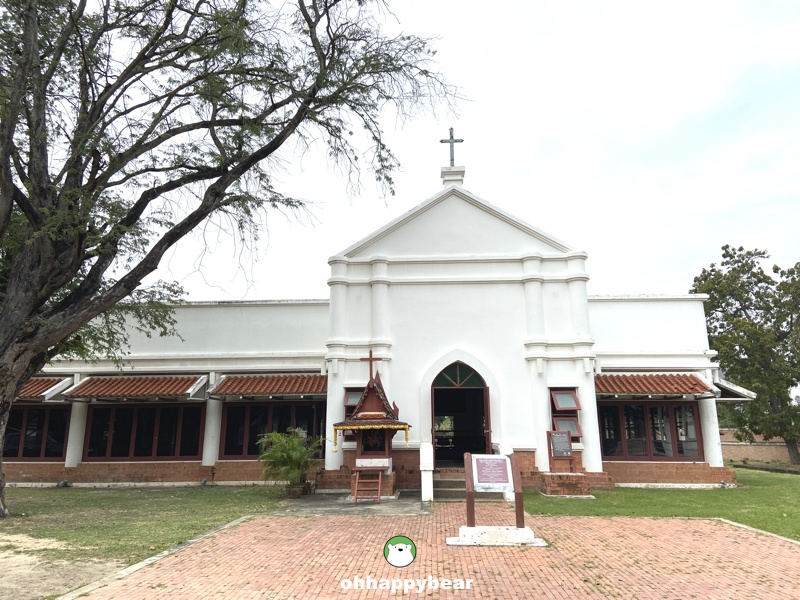 Above: San Petro Church is the centre of the ancient Portuguese Village in Ayutthaya with their stories going back to the year 1491. 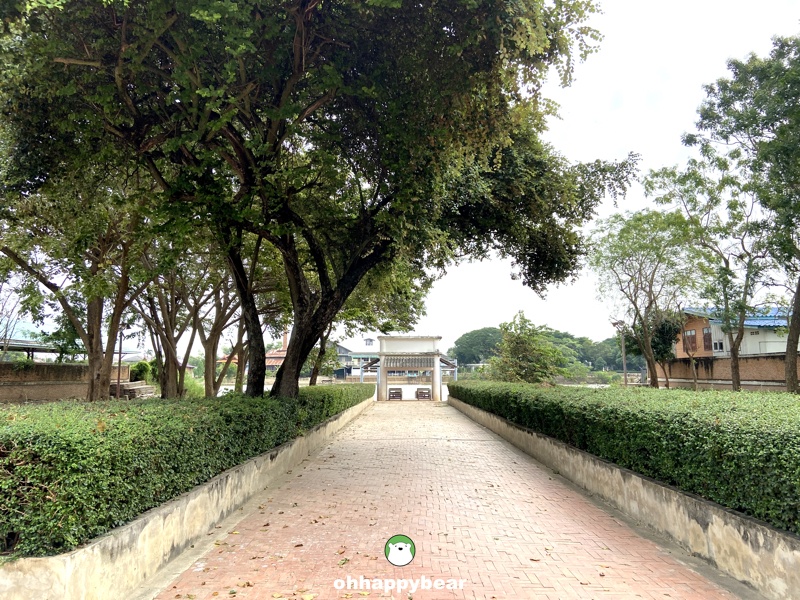 Above: At the pier of the Portuguese Village overlooking the Chaophraya River, on the opposite side is the Japanese Village. 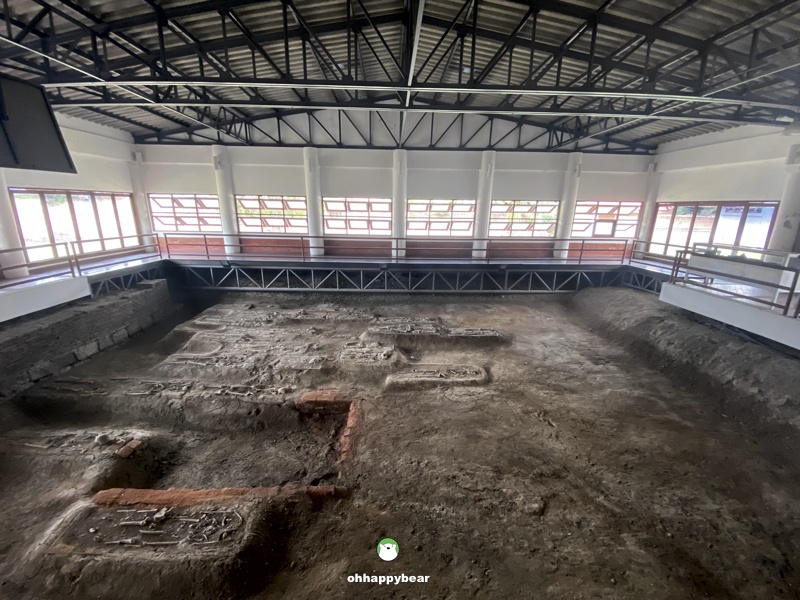 Above: The covered graveyard inside the San Petro Church on the southern part of Ayutthaya, just outside the moated ancient capital.

Across the river from the Portuguese Village in Ayutthaya is the Japanese Village. The actual locations of the two villages leave no room for speculation as to how those desserts arose from the convenience of proximity. Because the person who was responsible for it all was Ms. Marie Guimar, a lady of Portuguese-Japanese descent who is the wife of Constantin Phaulkon, the much-celebrated Greek counselor of King Narai himself. As the story goes, Ms. Marie Guimar was a royal dessert chef during the period in which her husband served the royal court. A story about Ms. Guimar is now a part of the Japanese Village’s vibrant museum, where a whole room is dedicated to her.

We visited Ayutthaya and stayed on the fringes of all the attractions. Apart from the two villages, we also went to St. Joseph’s Church, also on the south bank of the Chaophraya, about 3 kilometres west of the Portuguese Village. The church here is glowing in yellow and the whole structure and premises are well-kept. The structure is now part of the Schools of Joshep Ayutthaya, and you’ll need to ask the school’s guard to let you in. 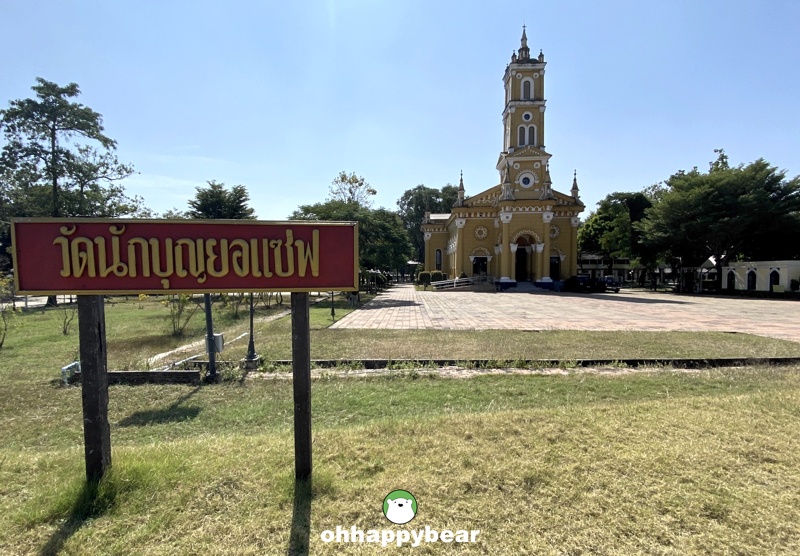 Above: Not too far from the Portuguese Village, still on the south bank of the Chaophraya River is this St. Joseph’s Church built first in 1666, making it one of the oldest Catholic churches built in the Kingdom of Siam. 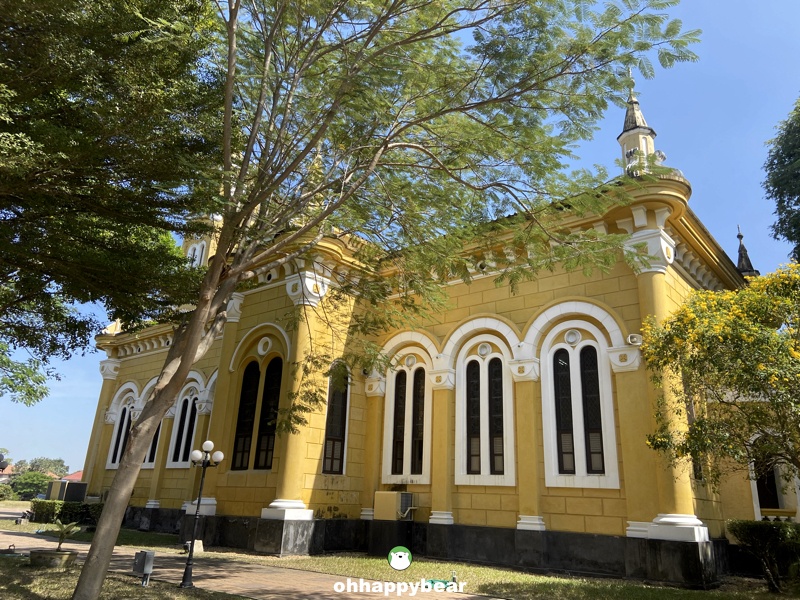 Above: The well-preserved and leafy church was last renovated back in 2003, and as a part of the St. Joseph’s School, visitors need to be let in by the school’s guard. Above: The interior of the St. Joseph’s Church with spiral staircase tucked behind the entrance. 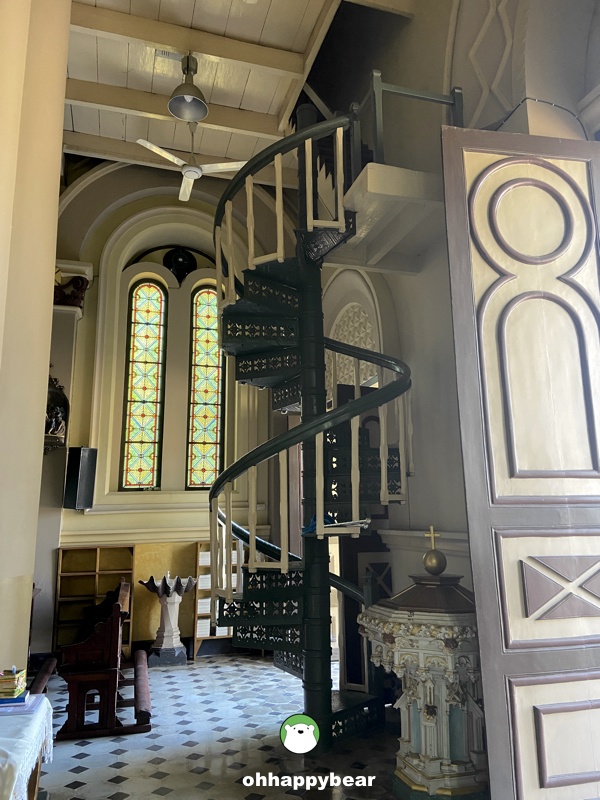 First built into a wooden structure back in 1666, or in the late Ayutthaya Period, this church was one of the very first Catholic churches erected in the Kingdom of Siam. It was burnt down in 1767, along with the fall of Ayutthaya. The structure that we are seeing today was last renovated back in 2003, with all the big trees and the bell tower looming high, shedding much-needed shadows. A wonderful place to be if you want to picture the vibrant communities of the Ayutthaya expats back in the day.

Read More of My Posts on Ayutthaya

The Hidden Treasures of Ayutthaya

The Hidden Treasures of Ayutthaya
The Secret of The Golden Mountain, Wat Saket, and 100-Year-Old Eatery in Bangkok