Above: Hun Luang or Hun Yai or royal puppet theatre.

I always fell for something old and marvellous than something new and shiny. A few weeks ago, we were in town, browsing through the National Museum where we occasionally go back just to collect whatever we had missed the previous visits. Found out that the Assarawinitchai Hall and complex which had been under renovation is now complete with new arrangements of the beautiful exhibits. 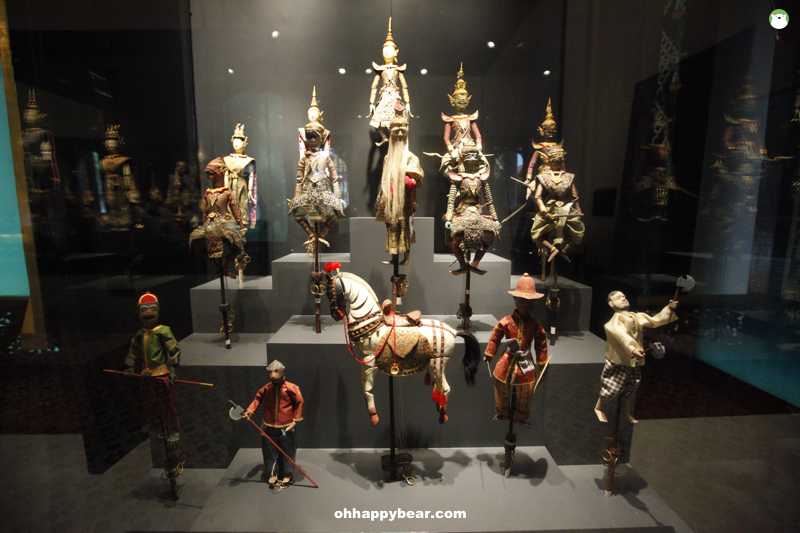 Above: Hun Lek or Hun Wang Na – the royal puppets of the vice king.

The Assarawinitchai Hall is an ancient building that has been around since the time of King Rama III (1824-1851). The big part of the building was a reception hall during its time, but now it is divided into 14 rooms, each for a type of exhibition.

Above: Head ornaments and accessories of the royal Khon or Khreung Khon Bandasak.

The room 505 of this hall is dedicated to ‘Music and Drama’ with collections of ‘Nang Yai’ or the shadow puppets on the wall, ‘Hun Luang’ or royal puppets and Royal Khon collections. Also notable is the rare collection of ‘Hun Lek or Hun Wang Na’ which is the royal puppet of the Vice King. The last puppet show had never ever been performed. But still the collection is elaborate with minuscule details and charms of Thai traditional crafts.

The National Museum in Bangkok that we know of today was in fact a key venue for national events. It used to be called ‘Bowornstharn Mongkol Vice-King Palace’ and it was, among many other things, the place for traditional performances and music. That’s why this room is extra special. In the old days, these elaborate plays and music reflected the status of the King, hence something very royal and special. (for more information about the museum, please see here) 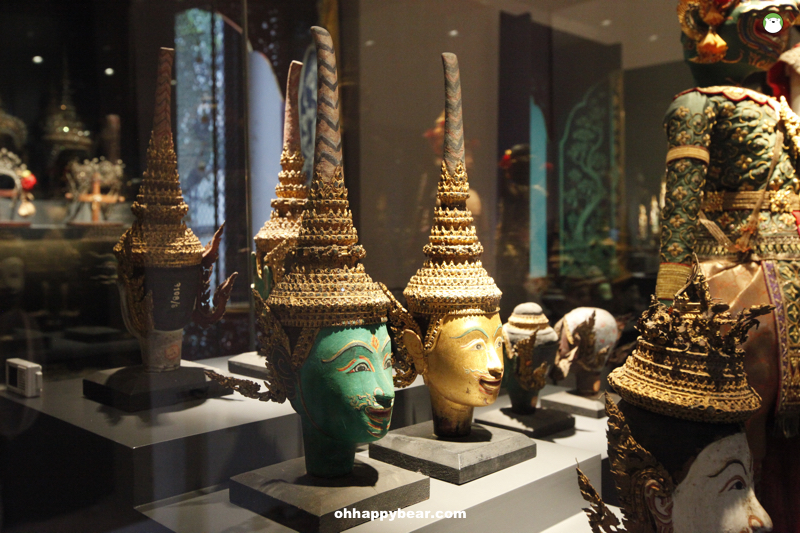 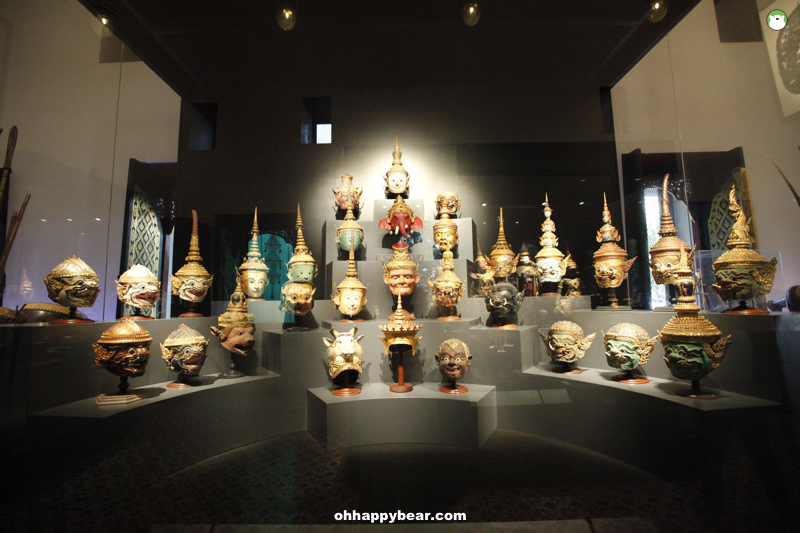 Above: Royal Khon masks with the highlight being the pearl-studded Hanuman mask presumed to be made during the reign of King Rama II.

Another fine highlight in this room is the pearl-studded ‘Hanuman’ mask second row furthest left in the above picture. It is a masterpiece of Khon performance presumed to be the work of art from the time of King Rama II which was the golden age of Thai traditional arts, music and literature. 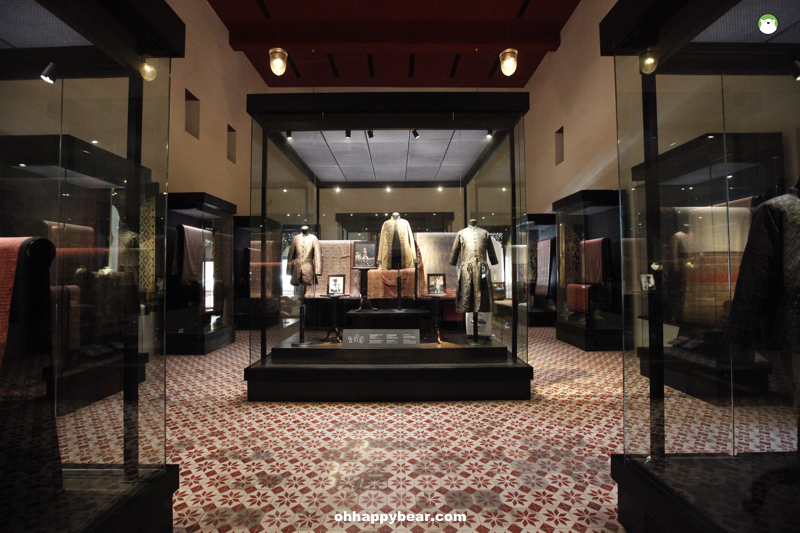 As earlier mentioned, the Assarawinitchai Hall now has new arrangements of the exhibitions. Above is royal fabric and robe room, below is metal arts and wares. 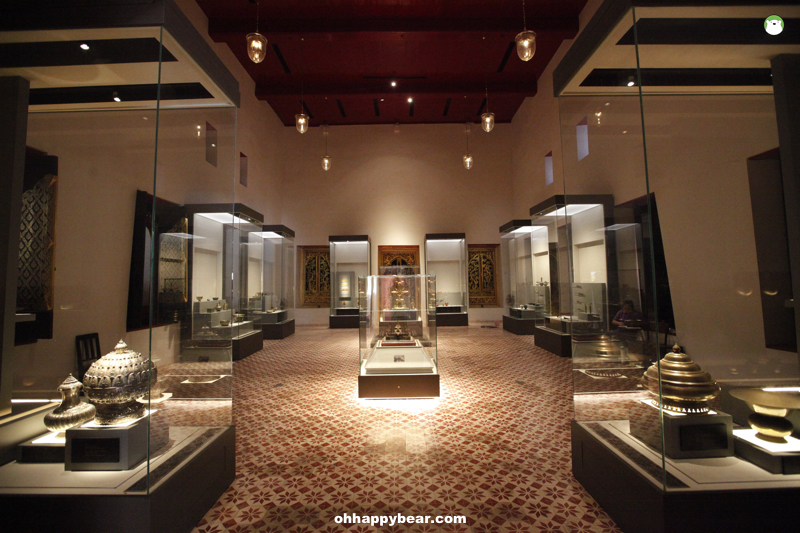 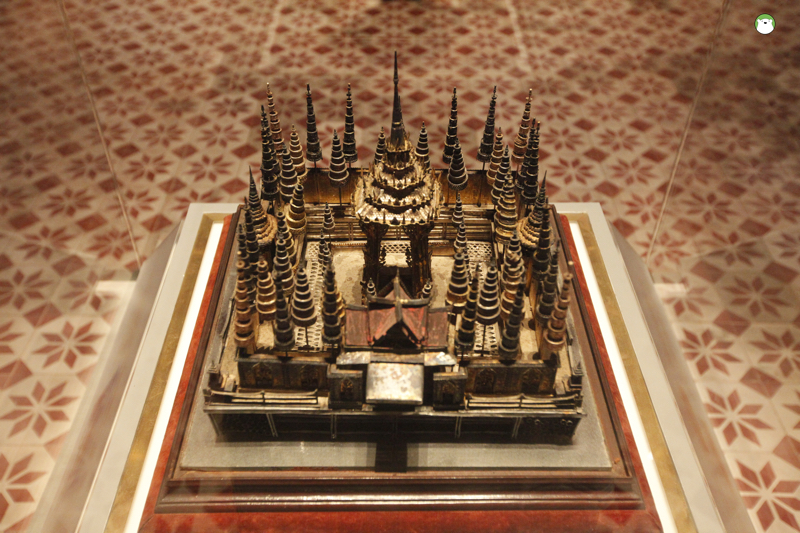 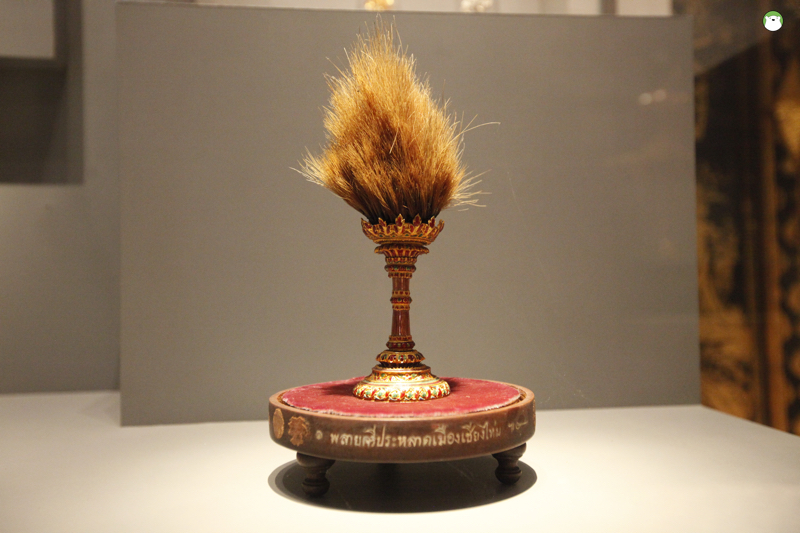 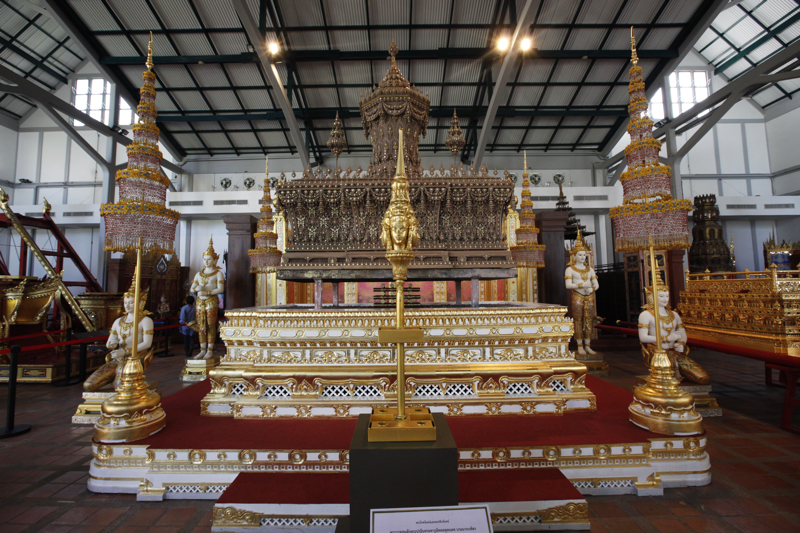 Above: The Royal Sandalwood Urn and Coffin of His Majesty King Bhumibol Adulyadej, King Rama IX at the Royal Chariot Garage.