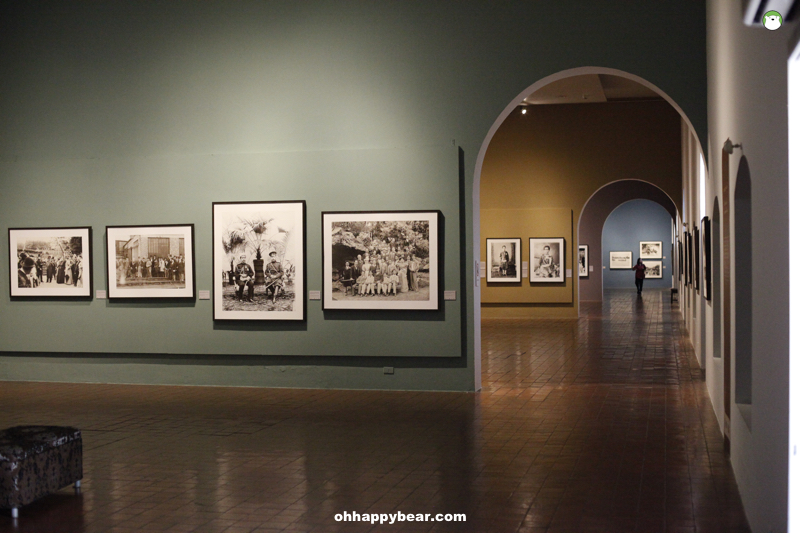 Above: The collection is in four categories: portraits and people, places, events and objects related to religions, ceremonies and performing arts.

In Thailand, the first photography took place in 1845, during the period of King Rama III (1824-1851). The technique was the Daguerreotype brought into the Kingdom by a European bishop. The first Thai photographer of the time was Phraya Kasap Kitkoson (Moat Amatayakul) and later the art of photography was introduced to more locals.

Glass plate photography was introduced in Siam around the year 1857, during the reign of King Rama IV (1851-1868). It became very popular among local photo shops until 1957 when the celluloid film was introduced and causing the decline of the more cumbersome counterpart. But thanks to the personal efforts of Prince Damrong Rajanubhab who in 1926 formed the establishment of the Picture Gallery in the Royal Vajirayana Library and requested to properly archive the private collections of the royal glass plate negatives from times of King Rama V and King Rama VI. In that archive, Prince Damrong also added his own personal collections, and gathered some more from notable photographers of the day, including ones from ‘Chaya Norasingha’ photo studio circa 1896. 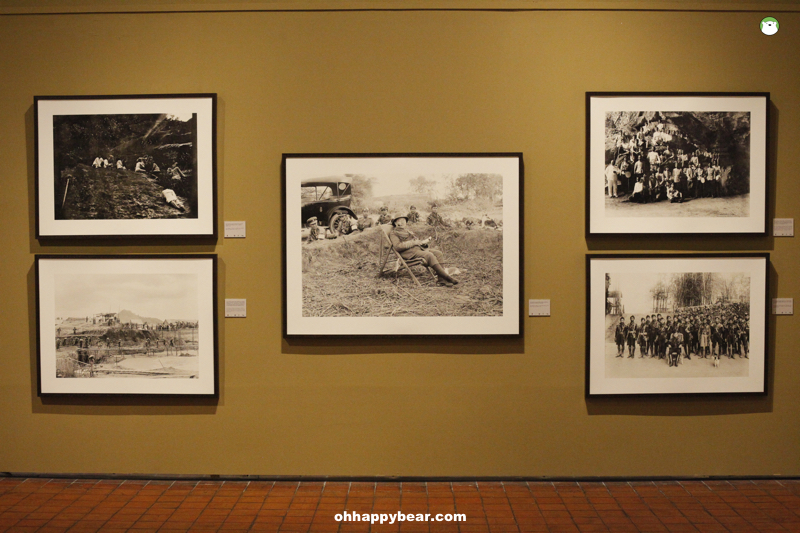 Above: Collection of pictures taken during the period of King Rama VI. The king and his dog everywhere, even at the military drills.

Those glass plate negatives have been kept well, despite being transferred hands through different times and series of reorganisations. Now they are taken care of by the Office of National Museums and the National Archives of Thailand. The whole collection is called “The Glass Plate Negatives Collection of the Royal Vajirayana Library” to honour the origins of the collection. The plates have been well-preserved in teak wood boxes, complete with buffers, listed and categorised with blue ink on a piece of paper attached to the inner lid of each box. The negatives vary from 4″ x 2.5″ to 12″ x 15.” Altogether, there are 35,427 glass plate negatives in the archive.

Here is the good news. In October 2017, UNESCO declared “The Glass Plate Negatives Collection of the Royal Vajirayana Library and Original Prints Collection’ as a world heritage in the documentary category. It became Thailand’s fifth heritage documentary listed by the UNESCO in the Memory of the World Programme.

From now until 28 July 2018, this collection is being exhibited as a temporary exhibition at the National Gallery, Chao Fa Road in Phra Nakhon district of Rattanakosin area. 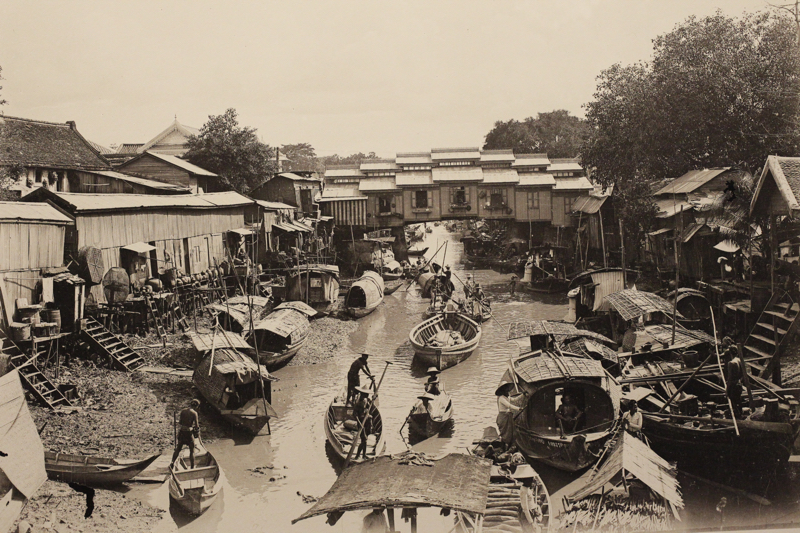 Above: Saphanhan Bridge at Sampheng or Chinatown. With the recent city reorganization, you can now see this bridge again after being covered with street vendors throughout the last few decades. 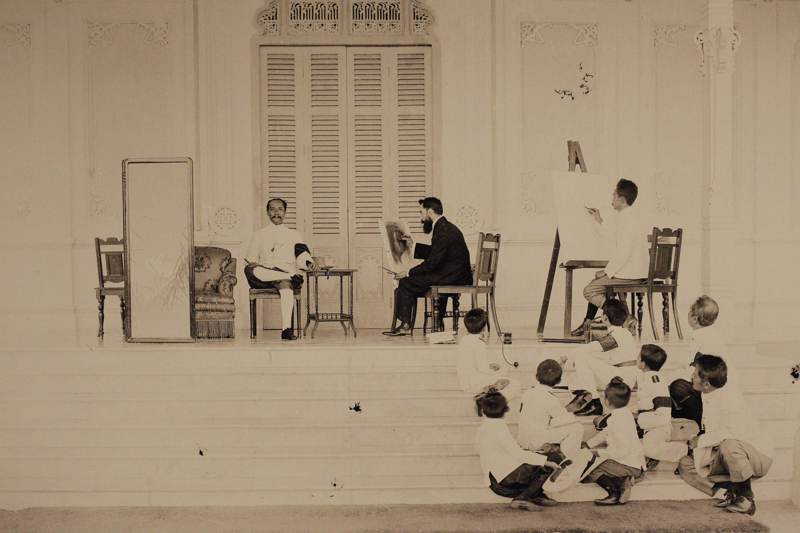 Above: King Chulalongkorn, 1906, sits for a portrait by Casare Ferro an Italian artist serving the court and Phra Soralaklikhit (Mui Chanthralak) one of Siam’s most renowned artists with curious observation from young royal members. 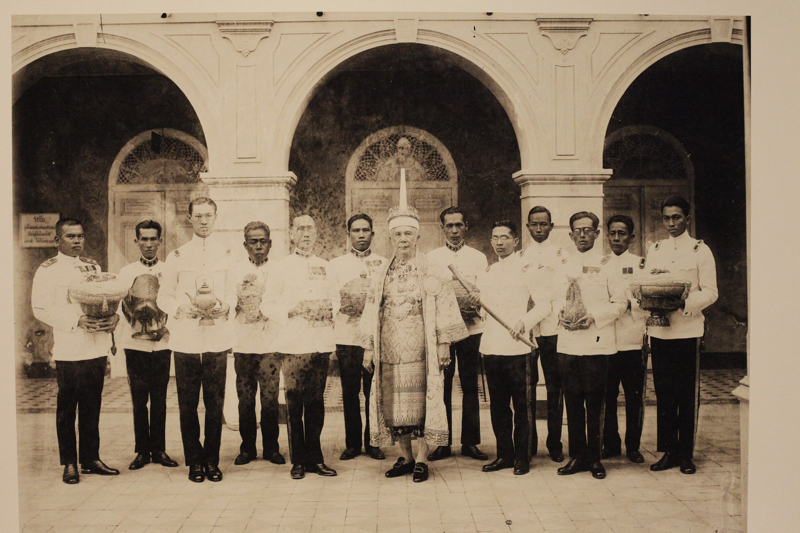 Above: The last Lord of the Swing, 1931, Phraya Bhatipat Bhubal (Khaw Joo Ley Na Ranong) at the last Tri Yampawai or Swing Ceremony before King Prajadhipok (Rama VII) gave up the event due to an economic downturn. 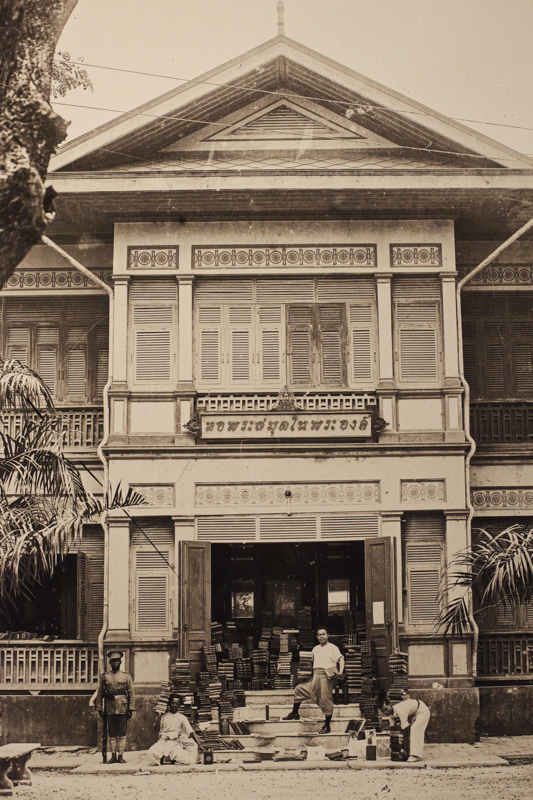 Above: The Royal Private Library of King Rama VI that used to be inside Chitralada Royal Villa. 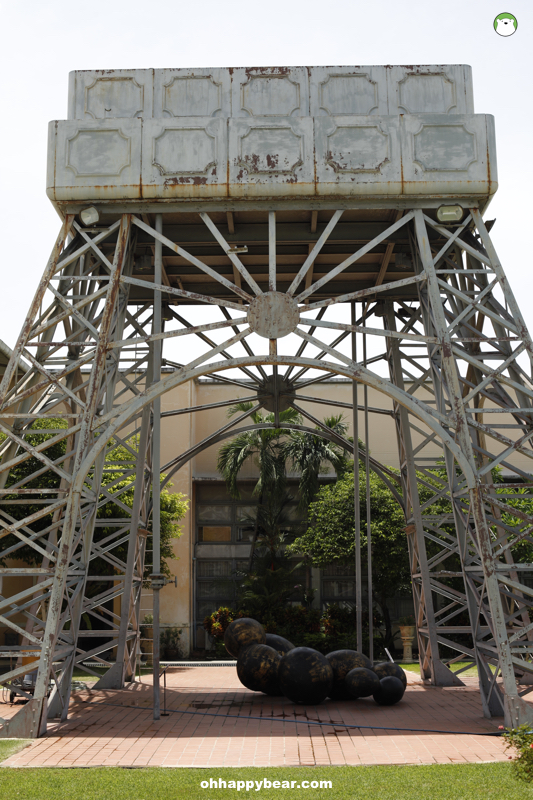 Above: The National Gallery is a beautiful historic site. It was the residence of a viceroy since the period of King Rama I before being turned into the Royal Mint named ‘Sitthikan’ until 1968 when it was again transferred hands to the Fine Arts Department who renovated the premises and reopened it as the National gallery in 1974. Well done!